by Victor Mochere
in Living
Reading Time: 7 mins read
0
A A
4

From kidnappings, to attempted assassinations, personal protective officers, better known as bodyguards, are seen as the preserve of royalty, celebrities, and political figures alike. But as the number of high net worth individuals continues to grow, bodyguards are now in demand for an increasing and diverse range of clients. But just what makes a person worth protecting you might ask? You are about to find out.

Here are the top 10 most protected people in the world.

1. The most protected president

Vladimir Putin like other political figures in Russia is protected by the Federal Protective Service, however Putin’s people seem to be an entirely different bundle all together. Little is known about the workings of Putin’s arm in the Federal Protective Service. There is no public data about its operations and there are no publicly available reports, it’s so secretive that only assumptions can be made about what they do. Vladimir himself is a controversial figure that has been the center of media attention ever since his first acting presidency, where it was noted that the man had started growing a sort of personality cult around him similar to some previous leaders.

Although there aren’t any giant statues of him being put up, he has become an internet icon in his own right, which has kept him within the realm of the public, often something that doesn’t come without its prices. Of course, the populist view of this leader is extremely polarized due to the political and financial corruption of his cabinet, which has resulted in countless protests threats and assassination attempts that’s made it necessary for Putin to ramp up security in his own unique way.

2. The most protected billionaire

Donald J. Trump is an American real estate heir businessman and the former President of the United States with an estimated net worth of 2.5 billion dollars. Obviously, the position of former U.S. president has always come with its own security detail, which means it also comes with a steep budget. Additionally, Trump has also enlisted his own personal protection detail to work simultaneously with the Secret Service.

3. The most protected dictator 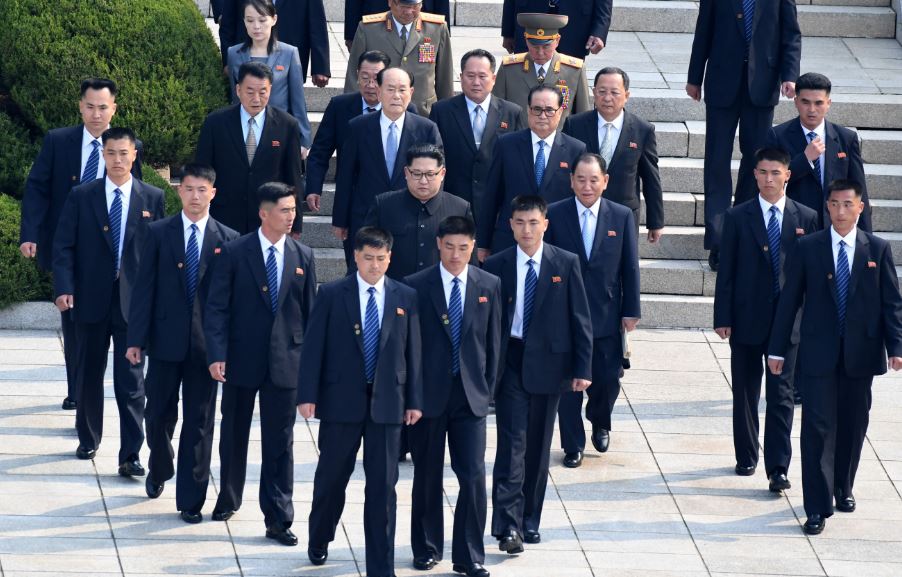 The world quickly became fascinated with the protection of North Korean supreme leader Kim Jong-un, when they saw his security detail running alongside his armored limousine during a visit to Singapore. How exactly does a man go about his day while being constantly paranoid about assassination attempts and competition from within his own circle of power? As it turns out Kim Jong-un doesn’t just have a personal Secret Service detail protecting him from close range, he has his own 100,000-man army with a command structure that reports directly to him.

This unit is known as the Supreme Guard Command, you would hardly be able to tell his detail is surrounding him at all times as they virtually disappear into the backgrounds and spectacles. Not only does this unit serve to protect their leader but it’s also used as a propaganda tool. Kim Jong-un is trying to relay the idea of his supposed near sacred importance by saying that he is untouchable, while actually attempting to protect his herbal regime from inside sabotage.

4. The most protected sovereign

Queen Elizabeth II has a remarkable career thus far. She’s the first UK monarch to celebrate a Sapphire Jubilee, which marked her 65-year reign in 2017. If she is still reigning by 2022, she will again be the first UK monarch to be celebrating a Platinum Jubilee. The Queen has been protected by the Royal Guard, a name given to the infantry and cavalry that stand guard at the royal residences you would most likely recognize. The foot guards that patrol the parameters of the royal residences, the soldiers that wear the red tunics and those tall bearskin hats throughout the years.

Even Marines are FA agents and Navy fleets have mounted to the Queen’s Guard depending on the task or the Royal Family’s method of travel, they have postings at Buckingham Palace Windsor Castle the bank of Paquette and the Tower of London, to name a few. Although the Queen’s estimates on her security spending are private, as you can imagine it’s expensive. In 2010 it was speculated to cost right around 100 million British pounds a year to give 21 members of the family around-the-clock security.

5. The most protected religious leader

The Pope is both the Bishop of Rome and ex-officio leader of the world. As the head of the Catholic Church and just like the president of a country, he too needs the utmost protection. The Pope resides in probably one of the more heavily armored cities in the world, Vatican City, a city-state by Rome, Italy. Even as you walk through the streets you can see all the stoic guards dressed in antiquated armor carrying equally dated spears.

That’s right, the Pope is being protected by spears, but don’t be fooled these armored guards are actually a high-end military force made up of top ex Swiss soldiers, who can subdue a threat in mere seconds. Aside from the spears, they also have the finest collection of firearms hidden away in case need arises. The Swiss Guard is over 500 years old, making it the longest standing military in the world.

When it was officially founded by Pope Julius II in 1506, the guard was actually a mercenary force, that is still renowned to this day for some of the most decisive victories during the skirmishes that were taking place in and around Rome. Who better to protect such a holy figure than an army that has withstood 500 years of onslaught.

6. The most protected human body 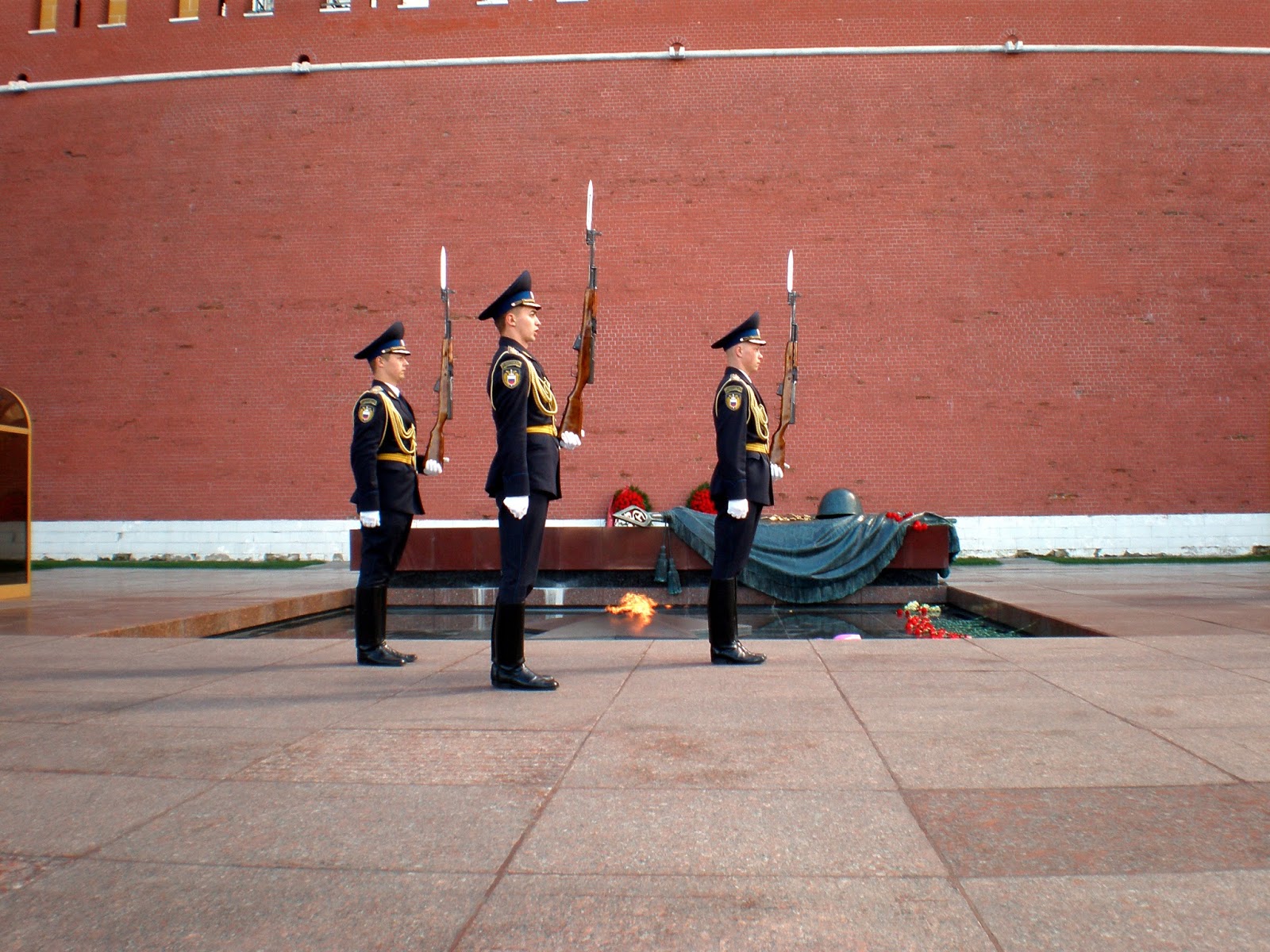 Most of you would probably be shocked to find out that you don’t even have to be alive and breathing to be considered valuable and worth protecting. Situated in Red Square in the center of Moscow, Russia, is a mausoleum that currently serves as the resting place for the former Soviet leader Vladimir Lenin. His body has been on public display since shortly after his passing in 1924. With a few exceptions during wartime there has been an honor guard that has kept watch over his body 24 hours a day, seven days a week for 95 years.

It’s rumored that the soldiers are told that the body of Lenin is the most important thing that Russia has. The Kremlin regiment is a unique Military Order that is part of the Russian Federal Protective Service, with special unit status the regiment ensures the security of the Kremlin, its treasures and state officials including Lenin himself. Not every nation has the idea of embodying a corpse, but to the Soviet Union the never decaying body of Lenin also stands for the soldiers as an enduring symbol of his ideals.

7. The most protected CEO

Nothing about Facebook is a secret anymore, including CEO Mark Zuckerberg personal security budget. Since 2015 Mark Zuckerberg has spent around $20 million on security with $7.3 million going toward his own personal bodyguards for his home and he travels. These bodyguards are sometimes called a ‘Zuckerberg secret police’ some rumors suggest this detail is made up of 16 full-time guards that work in shifts at all times.

This amount of money in total is considered to be a record for security costs for any CEO of a large corporation. To compare, over a decade ago it was tech executive Larry Ellison for Oracle that had the most security expenses reported at $1.8 million. With the company that is constantly under fire for accumulating massive amounts of personal data from its users and selling that information to the highest bidder, Zuckerberg seems to prefer to keep his own personal life a better kept secret.

8. The most protected celebrity couple

The Musical Empire known as Jay-Z and Beyoncé has been targeted often by rogue fans or other criminals. After an incident in Brazil where a fan managed to get on stage and yank Beyoncé down to the floor, her husband decided that he is going to ramp up their security for millions of dollars. Out to do it right for that price Jay-Z hired five new personal security guards who are all former intelligence officers to accompany the five guards that are already assigned to his wife when she travels on top of a manpower. The music giant also purchased two bomb-proof Latvia SUVs, the same protective military-grade vehicles similar to those often used by former U.S. presidents.

9. The most protected prisoner 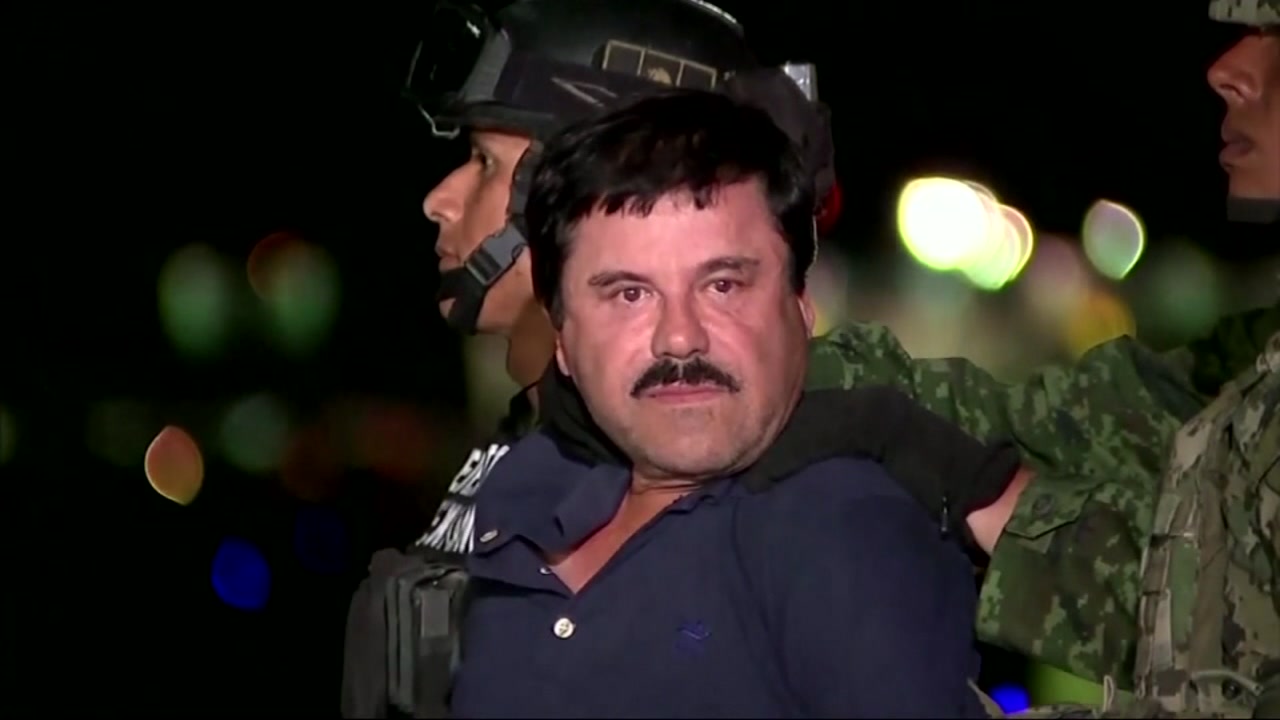 There are so many well-known names behind prison walls, and yet with all that notoriety no other prisoner is more heavily protected than Mr. Hawkin Guzman, the Sinaloa cartel drug lord whom the world knows as El Chapo. El Chapo has been arrested several times and has always managed to escape his confinement. But ever since he was arrested again in 2016 and extradited to the United States, where he now resides in 10 South Prison in Manhattan, New York.

The drug lord is under watch 24 hours a day by armed guards who also have armed guards watching over them. He has to sleep in a different cell each night, and the dogs who help guard him also have to taste his food in case of poisonings. Mr. Guzman has even complained about his conditions in the 10 South Prison such as being locked in his cell for 23 hours a day.

Except for his lawyer and court visits, he has been denied any outside contact with his family and the media. He certainly has become an advocate for prison reform, but should this serial prison escapee who was accused of killing thousands during Mexico’s bloody drug wars, and has a proven history of killing his enemies even while under lock and key, really declaiming any sort of moral high-ground.

10. The most protected girl

A 12-year old girl in Addis Ababa, Ethiopia, went missing for a week after she was abducted by seven men who tried to force her to marry one of them. By the time she was found she was being guarded by three lions, which seemed to have chased off her abductors. When she was found, authorities said that the lions calmly left her side back into the forest with the zero confrontation. It’s said to be a miracle considering that lions eat humans often in this region.

But the crying and whimpering of a young girl could have been mistaken as a mewing from a lion club, which could explain why they chose not to eat her. Even if lions can’t tell the difference, it’s still one of the most heartwarming and noble ways to be protected. Besides who doesn’t like to hear a story about animals behaving in such a noble and humane way that we wish human beings would.

Top 10 most generous billionaires in the world 2021