by Victor Mochere
in Living
Reading Time: 5 mins read
A A
0

A castle is a type of fortified structure built during the middle ages predominantly by the nobility or royalty, and by military orders. Castles were built as defensive structures against invaders atop a hill or by the waters. Usually, they cover an extensive area because of their walls, moats, and fortifications. Often people confuse between castle and palace, but there is a clear distinction between the two. While both are usually grand royal residences, the fortifications in a castle set them apart.

Here are the top 10 biggest castles in the world. 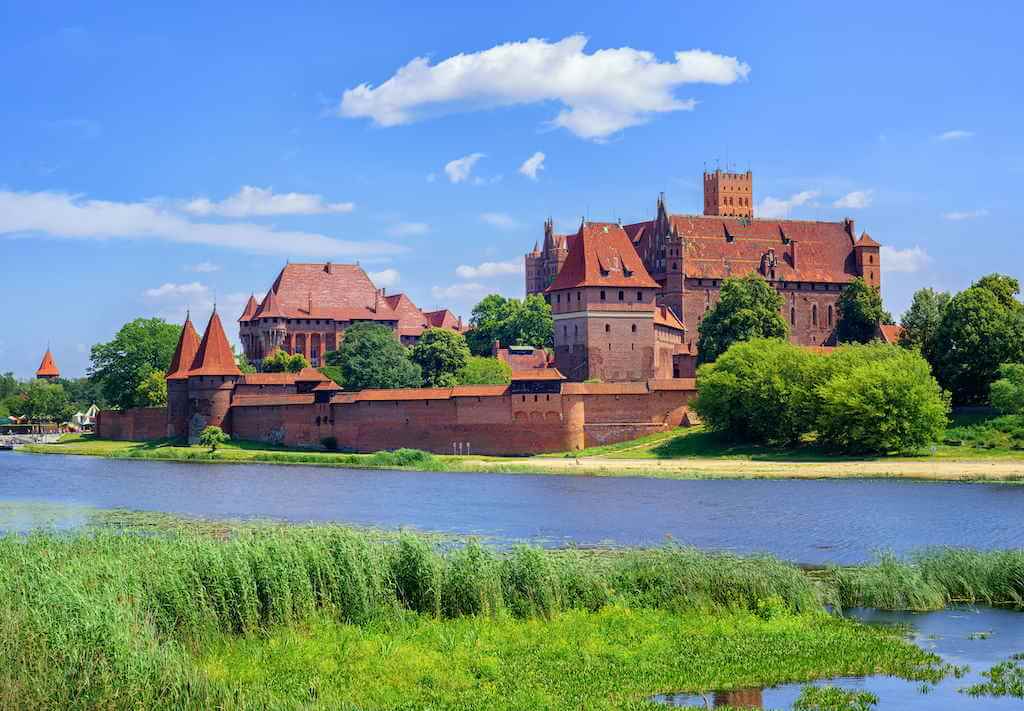 The Castle of the Teutonic Order in Malbork is a 13th-century Teutonic castle and fortress located near the town of Malbork, Poland. It is the largest castle in the world measured by land area and a UNESCO World Heritage Site. It was originally constructed by the Teutonic Knights, a German Catholic religious order of crusaders, in a form of an Ordensburg fortress. The castle is a classic example of a medieval fortress and, on its completion in 1406, was the world’s largest brick castle. 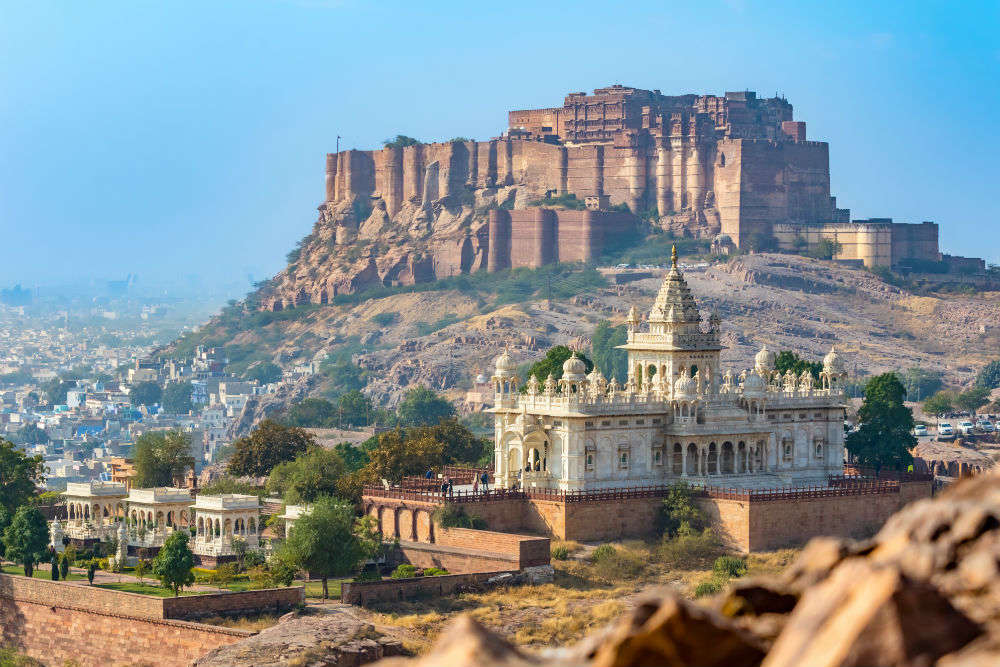 Mehrangarh, located in Jodhpur, Rajasthan, is one of the largest forts in India. Built in around 1459 by Rao Jodha, the fort is situated 410 feet (125 m) above the city and is enclosed by imposing thick walls. Inside its boundaries there are several palaces known for their intricate carvings and expansive courtyards. The museum in the Mehrangarh Fort is one of the most well-stocked museums in Rajasthan. The museum exhibits the heritage of the Rathores in arms, costumes, paintings and decorated period.

Prague Castle is a castle complex in Prague, Czech Republic, built in the 9th century. It is the official office of the President of the Czech Republic. The castle was a seat of power for kings of Bohemia, Holy Roman emperors, and presidents of Czechoslovakia. 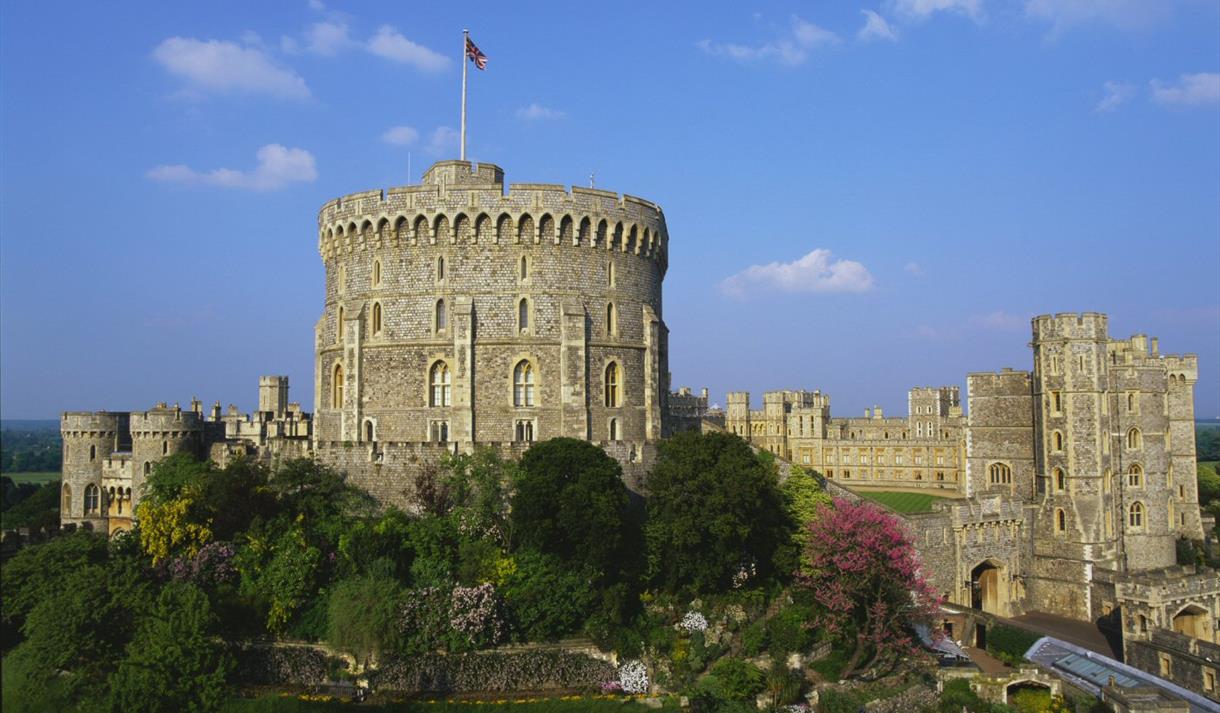 Windsor Castle is a royal residence at Windsor in the English county of Berkshire. It is notable for its long association with the English and later British royal family and for its architecture. The original castle was built in the 11th century after the Norman invasion of England by William the Conqueror. Since the time of Henry I, it has been used by the reigning monarch and is the longest-occupied palace in Europe. 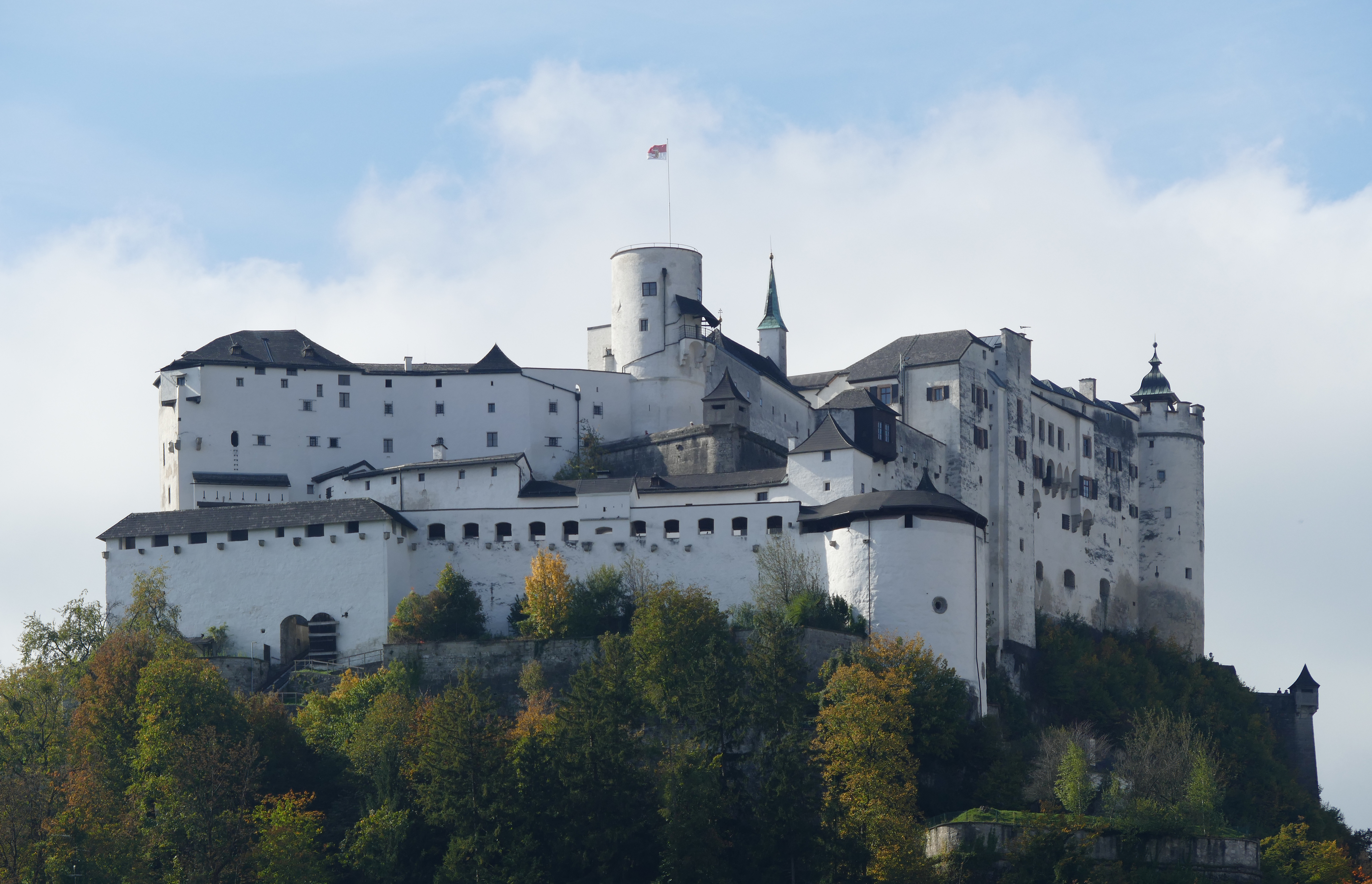 The ruins of Spiš Castle in eastern Slovakia form one of the largest castle sites in Central Europe. The castle is situated above the town of Spišské Podhradie and the village of Žehra, in the region known as Spiš. It was included in the UNESCO list of World Heritage Sites in 1993. This is one of the biggest European castles by area size.

Buda Castle is the historical castle and palace complex of the Hungarian kings in Budapest. It was first completed in 1265, but the massive Baroque palace today occupying most of the site was built between 1749 and 1769. The castle now houses the Hungarian National Gallery and The Budapest History Museum.

Buda Castle sits on the southern tip of Castle Hill, surrounded by the touristic area known as Várnegyed (Castle Quarter), which is famous for medieval, Baroque and Neoclassical houses, churches, public buildings and monuments. The castle is a part of the Budapest World Heritage Site, so declared in 1987. 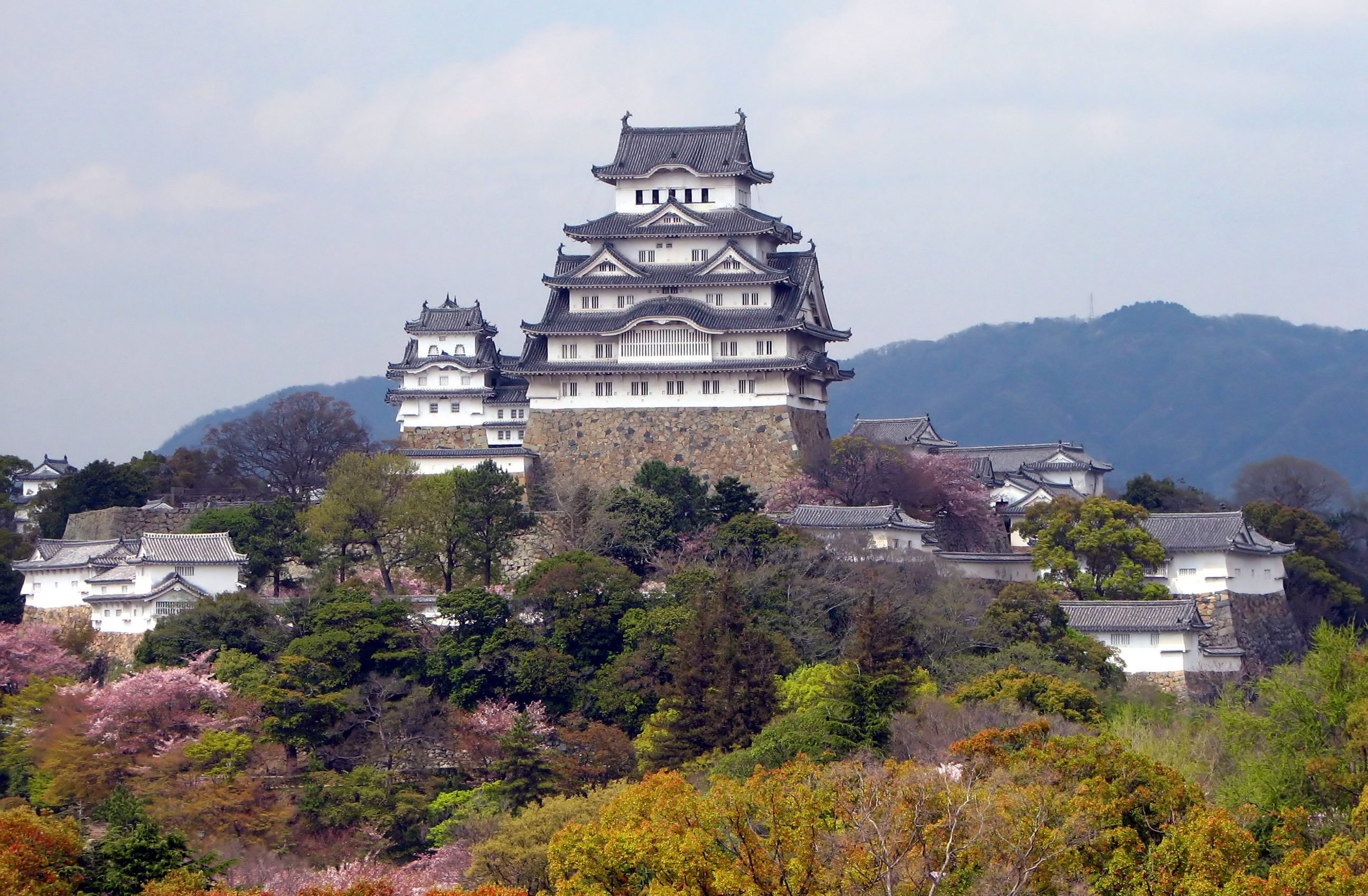 Himeji Castle is a hilltop Japanese castle complex situated in the city of Himeji which is located in the Hyōgo Prefecture of Japan. The castle is regarded as the finest surviving example of prototypical Japanese castle architecture, comprising a network of 83 rooms with advanced defensive systems from the feudal period. The castle is frequently known as Hakuro-jō or Shirasagi-jō (“White Egret Castle” or “White Heron Castle”) because of its brilliant white exterior and supposed resemblance to a bird taking flight.

Himeji Castle is the largest and most visited castle in Japan, and it was registered in 1993 as one of the first UNESCO World Heritage Sites in the country. The area within the middle moat of the castle complex is a designated Special Historic Site and five structures of the castle are also designated National Treasures. Along with Matsumoto Castle and Kumamoto Castle, Himeji Castle is considered one of Japan’s three premier castles. 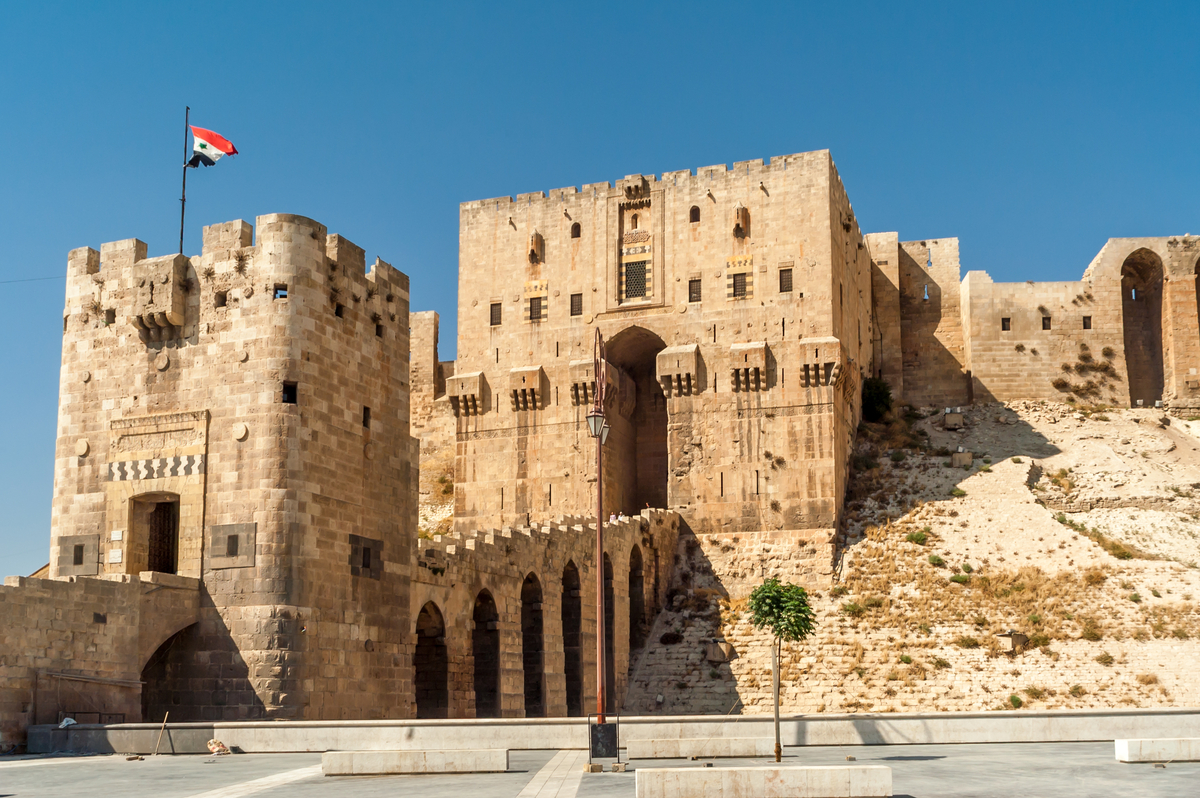 The Citadel of Aleppo is a large medieval fortified palace in the centre of the old city of Aleppo, northern Syria. It is considered to be one of the oldest and largest castles in the world. Usage of the Citadel hill dates back at least to the middle of the 3rd millennium BC. Occupied by many civilizations over time – including the Greeks, Byzantines, Ayyubids and Mamluks – the majority of the construction as it stands today is thought to originate from the Ayyubid period. Dominating the city, the Citadel is part of the Ancient City of Aleppo, a UNESCO World Heritage Site since 1986.

Edinburgh Castle is a historic fortress which dominates the skyline of Edinburgh, the capital city of Scotland, from its position on the Castle Rock. The castle also houses the Scottish regalia, known as the Honours of Scotland and is the site of the Scottish National War Memorial and the National War Museum of Scotland. The British Army is still responsible for some parts of the castle, although its presence is now largely ceremonial and administrative.

Some of the castle buildings house regimental museums which contribute to its presentation as a tourist attraction. The castle, in the care of Historic Environment Scotland, is Scotland’s most and the United Kingdom’s second most-visited paid tourist attraction, with over 70 percent of leisure visitors to Edinburgh visiting the castle. As the backdrop to the Edinburgh Military Tattoo during the annual Edinburgh Festival, the castle has become a recognizable symbol of Edinburgh and Scotland.

Countries that no longer exist

How to tell fake from genuine honey

Countries that no longer exist